It must be an impressive sight. For people driving through the Mojave Desert from Los Angeles to Las Vegas, the world’s largest solar-based thermal power plant can be seen on the way. The Ivanpah Solar Electric Generation System consists of almost 350,000 garage door-sized mirrors, all pointing the sun’s rays to large boilers at the top of three 33-story tall towers. The result is a 390 MW power station — about a fifth the generation capacity of the Hoover Dam.

I first heard about this power station while listening to a podcast of On Point with Tom Ashbrook. The discussion concerned the cost-effectiveness of such technology, now that shale gas and fracking technology has taken root in North America and other parts of the world. The cost per kilowatt hour of electricity from Ivanpah is reported to be 26 cents, while natural gas can produce electricity at costs of around 10 cents.

Will this be the first and the last of its kind? Maybe — but the future of solar power has never looked better.

Two experts spoke during the show and gave me far greater insight into the solar power industry than ever before. Tonio Buonassisi from MIT and Daniel Kammen from the University of California, Berkeley have both been involved with studying the science and industry of solar power for decades, and have seen many of the highs and lows that this industry has gone through.

The Future is Local and Focused on Peak Requirements

The Ivanpah Power Station belongs to the Concentrated Solar Power (CSP) type of technology. This was the more popular solar power technology when it was first being planned, and there are a number of smaller examples of power stations built on this technology around the world. 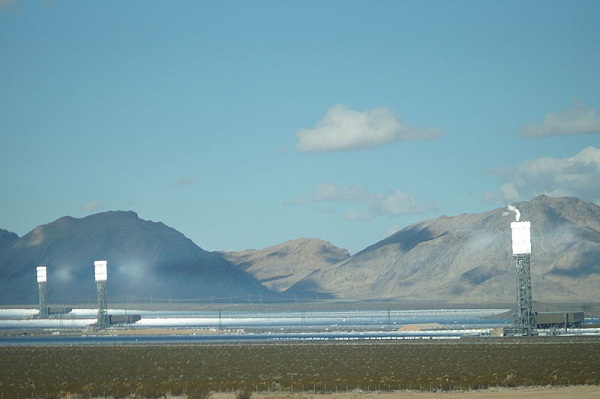 These days, however, solar power based on photovoltaic cells (PV) is starting to become more popular. That is because their manufacturing costs are still falling, and because they can be deployed far more efficiently. A solar panel on your roof costs you the investment of purchasing and installing it, while any type of regional power station has to add distribution and running costs, and governmental fees to your electricity bill.

Further, the ability to gain electricity from solar power peaks during the day, when the need for electricity is also at a maximum. The 10 cents per kWh price tag mentioned above actually grows a lot higher during these peak periods. This has, apparently, made PV-based technology quite competitive with other forms of power generation in the sunnier states of the United States.

The conclusion from this discussion is that both experts predict that the costs for solar power technology would decrease to between 6 and 10 cents per kWh and be responsible for between a quarter and a third of the United States’ power generation by 2020. This is not only because manufacturing costs will continue to fall, but because innovation in installation practices, the development of smart grids and power supply management, and new ways to store power that’s not being used is increasingly occurring. And while the use of natural gas instead of coal-fired power stations will help combat climate change, as burning natural gas is more efficient and cleaner than burning oil and coal, it still emits carbon dioxide and cannot be considered a major long-term solution.

The future for solar power is exceedingly bright.

Modeling the Spread of COVID-19 with COMSOL Multiphysics®

The Origin Story of the Sampling Theorem and Vladimir Kotelnikov